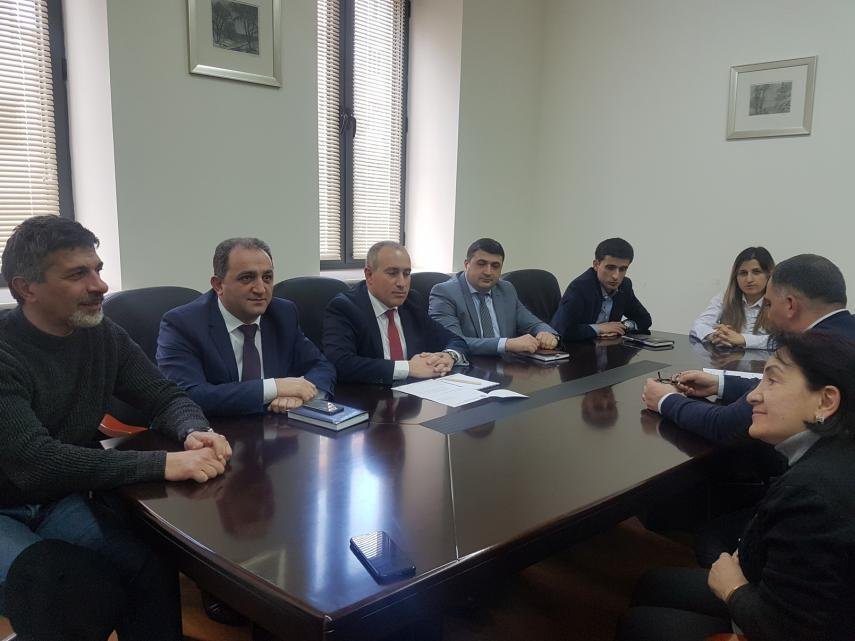 On February 27, members of the Support for Probation National Network met with Deputy Justice Minister Suren Krmoyan, Head of the Probation Service Arsen Navasardyan and Head of Department for Drafting Anti-Corruption and Penitentiary Policies of the RA Ministry of Justice Karen Hakobyan.

The Support for Probation National Network has been established and strengthened within the framework of the subprogramme provided by the European Union-funded Commitment to Constructive Dialogue program.

At the same time, the Support for Probation National Network is implementing the sub-grant program "Step to Fair Armenia" provided by the CCD.

In particular, the Network Management Board Chairman Artak Kirakosyan stressed once again the importance of direct interactions with the beneficiaries and the employees of the Probation Service. The Probation Service, as a community-based organization, needs civil society support. The results of monitoring will allow to look at the ways of possible cooperation, as well as the gaps and prospects in the field.

Deputy Minister Krmoyan welcomed the idea of monitoring, at the same time stressing the importance of protection of the personal data of probation beneficiaries.

The Deputy Minister called for cooperation in the field of improving the mechanisms of conditional early release.

The Step to Fair Armenia program is implemented by the Civil Society Institute NGO, its partners - Astghatsolk NGO, Foundation Against the Violation of Law NGO, Family and Community NGO, within the framework of the sub-grant program implemented through a consortium led by "Armenian Association of Lawyers " non-governmental organization.
The program budget is 25 million AMD, of which 22.5 million was provided by the Commitment to Constructive Dialogue program. Program duration: from June 1, 2018 to May 31, 2019.
The Commitment to Constructive Dialogue program is funded by the European Union.