Introduction of Probation Service Will Decrease Reoffending and Will Unburden PIs 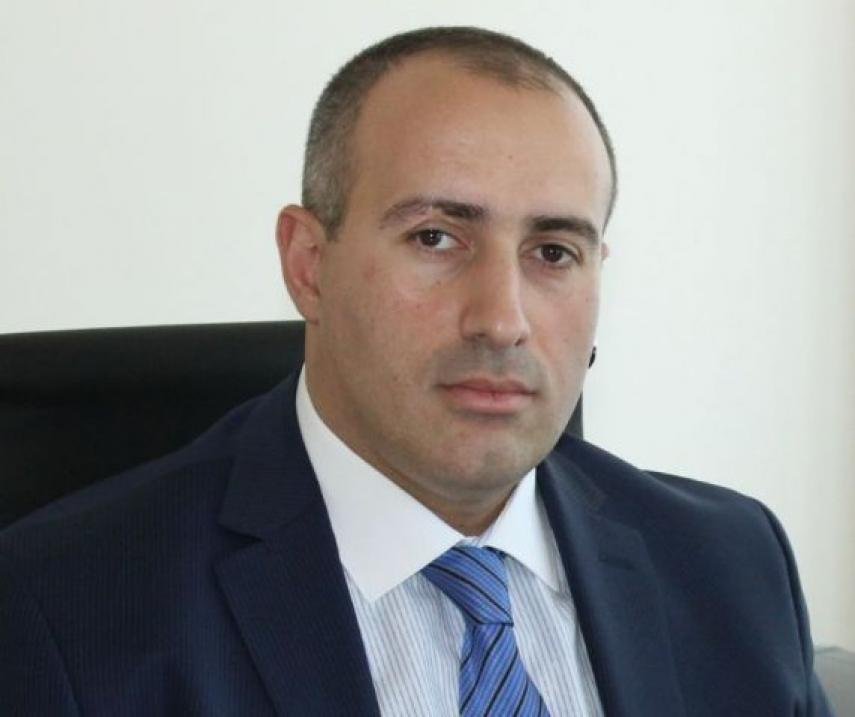 After the appointment of the new minister what actions are being taken
in solving the problem of over-crowding - one of the main issues of Penitentiary
Institutions?

Right after being appointed Hovhannes Manukyan, the Minister of Justice,
has paid visits to Penitentiary Institutions to assess their work, the
operation environment and conditions of detention.

Of course, there are numerous problems at Penitentiary Institutions
which have accrued over the years Built in Soviet times, the facilities
of  these institutions are now morally and
physically worn out. Besides, the buildings were planned and constructed
according to Soviet legislation and standards.

As a subject of international right Armenia has many responsibilities
in the area of human rights protection, as well as in providing appropriate
conditions to the detainees kept in  Penitentiary Institutions and guaranteeing their
rights

The problem is rather complicated since keeping the Penitentiary
Institutions in compliance with modern standards requires huge
investments.

For the first time in the history of newly independent Armenia the
government has initiated the project of constructing a new penitentiary
institution using the state budget funds. We are planning to place 400 inmates
in “Armavir” PI in 2014, and by the end of 2015 we are intending to have
finished the project, by that time we will have had an up-to-date PI in Armavir
for 1200 people.

Besides, the 2012-2014 program of RA judicial and legal reforms,
approved by the President of RA, is designed to introduce the probation service
and expand the list of non custodial sentences.. It will give the chance to
solve not only the problem of defending human rights and decreasing
reoffending, but also the issue of unburdening the penitentiary institutions.

There are a number of cases when crimes are committed by inmates by
using a phone or internet while serving sentence at PI. What measures are taken
in that case?

The presence of prohibited objects at penitentiary institutions is
one of the most important challenges which the Ministry of Justice and
especially the Penitentiary Department are facing.

Examining the parcels delivered to the inmates and convicts is one
of the most important functions of the security system operating in
penitentiary institutions. Relatives often try to pass to convicts forbidden
items hidden in the parcels.

I wouldn’t like to extend the issues you have raised to the whole
criminal system. Most of the penitentiary employees are conscientious and
properly perform their duties.  Though,
in some cases a number of penitentiary service employees were subjected to
disciplinary sanctions of “reprimand”, “severe reprimand”, “dismissal” for
violating requirements stipulated by the Penitentiary Code.

According to our records, the number of deaths at penitentiary
institutions has increased. What do you think is there any proper level of
medical treatment and surveillance at penitentiary institutions and what steps
are taken to  improve the situation in
this repect?

World Health Organization states that penitentiary institutions are
not health-favourable places. According to the analysis of WHO, there are
criteria on which health conditions of people in custody at penitentiary
institutions is poorer than of those in freedom.

Compared to communities some infectious disease health parameters are
worse at penitentiary institutions. These are hepatitis, HIV/AIDS and
tuberculosis. Mental health problems are also more widespread at penitentiary
institutions.

This is an issue not for Armenia only, but for all European
countries as well. This is related both to detention conditions and to the
efficiency of healthcare. Health problems of convicts are also related to their
own behavior – unhealthy lifestyle, low-level mobility, diseases caused by behavioral
factors – addiction to smoking, etc.

A number of problems related to healthcare are now in the solution
process.